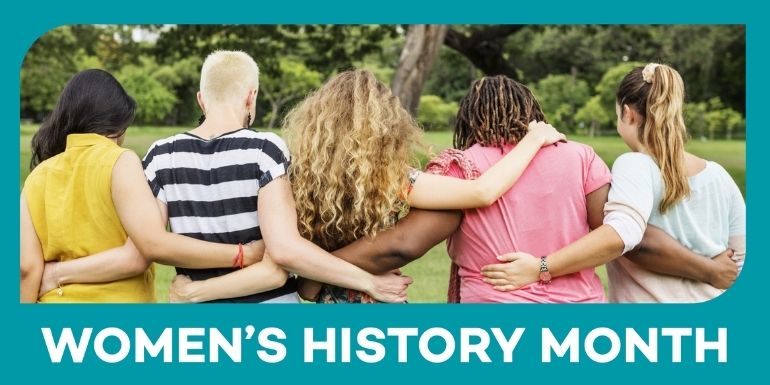 Thousands of years before anyone used the term “glass ceiling,” women were making game-changing contributions to science and medicine despite being barred from these fields. For Women’s History Month, we’re proud to celebrate a few of these influential women and their enduring achievements.

A Greek physician, Metrodora wrote about medicine related to women and developed revolutionary therapies and surgical techniques. Her work has been referenced by other physician writers throughout history.

Scientist/mathematician Marie Curie and her husband, Pierre, discovered polonium and radium, two chemical elements in the periodic table. Their work led to the x-ray, allowing for diagnoses without surgery, and radiation therapy for cancer among other advancements. Curie is the only woman to win two Nobel Prizes: for Physics in 1903 and Chemistry in 1911. Her Curie Institute, founded in 1920, is still a major cancer research facility.

Since shortly after Virginia Apgar developed it in 1952, the Apgar score has used simple measurements to alert doctors of the need of medical intervention within the first minutes of an infant’s life. The test has saved millions of babies. Apgar was also the first woman full professor at Columbia University College of Physicians and Surgeons.

At age 15, when her grandfather died of cancer, Gertrude Belle Elion dedicated her life to finding a cure for the disease. Elion’s research team developed an incredible 45 patents, including drugs to fight herpes, AIDs and leukemia, and therapies to reduce rejection of foreign tissue in kidney transplants. Elion shared a Nobel Prize with George H. Hitchins and Sir James Black for innovative drug design.

In 1977, medical physicist Rosalyn Yalow won the Nobel Prize in Physiology/Medicine for her radioimmunoassays (RIA) technique. Her diagnostic method for measuring peptide hormones in the blood is so accurate, it’s been used to check for HIV, hepatitis and other diseases in blood donations, ensuring safe transfusions. Later, scientists employed her technique to prove that type-2 diabetes is caused by the body’s inability to properly use insulin.

Combining biochemical, electrophysiological, pharmacological, anatomical, and behavioral methods, neuroscientist Patricia Goldman-Rakic uncovered the mechanisms of the brain’s frontal lobes, once considered too complex for deep scientific analysis. Her work led to a new understanding of diseases like Alzheimer’s, Parkinson’s and dementia. And her research on dopamine and is crucial to treatment of conditions like ADHD and schizophrenia today.

Until scientist Francoise Barré-Sinoussi and her colleague Luc Montaigner discovered that HIV caused AIDS, a diagnosis of the immunodeficiency disease was a death sentence. In 2008, their research revealed that the HIV retrovirus attacked lymphocytes, an important part of the body’s immune system. Millions of HIV-positive people have survived since then, to lead long, healthy lives.

These examples represent a tiny fraction of the brilliant women who overcame obstacles to change the face of science and healing. Women’s History Month presents the perfect opportunity to learn about more of them.